Public Relations (PR) is the practice of managing the spread of information between an individual or an organisation and the public.

Public Relations may include an organisation or individual gaining exposure to their audiences using topics of public interest and news items. This differentiates it from advertising as a form of marketing communications. The aim of public relations is to inform the public and ultimately persuade them to maintain a certain view about the individual or organisation.

Richard Lynch of RichardKnows is a specialist in establishing and maintaining relationships with his clients target audience, the media, and other opinion leaders. Common activities include designing communications campaigns, writing news releases and other content for news and feature articles, working with the press, arranging interviews for company spokespeople, writing speeches for company leaders, acting as organisation’s spokesperson by speaking in public and public officials, preparing clients for press conferences, media interviews, and speeches, writing website and social media content, facilitating internal/employee communications, and managing company reputation and marketing activities like brand awareness and event management. 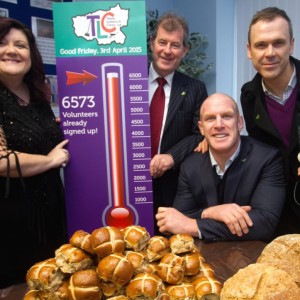 Success in the field of public relations requires a deep understanding of the interests and concerns of each of the client’s many publics. RichardKnows how to effectively address those concerns using the most powerful tool of the public relations trade, which is publicity.

Publicity is the movement of information with the effect of increasing public awareness of a subject. The subjects of publicity include people (for example, politicians and performing artists), goods and services, organisations of all kinds, and works of art or entertainment.

RichardKnows, Publicity is gaining public visibility or awareness for a product, service or your company via the media. RichardKnows is the publicist who carries out publicity, while PR is the strategic management function that helps an organisation communicate, establish and maintain communication with the public. This can be done internally, without the use of media.