The sun shone brightly on Team Limerick Cleanup 5, as a record-breaking near-21,000 volunteers took to the streets of Limerick city and county for Europe’s largest one-day tidy-up.

Celebrating what is a milestone year for the much-loved community event, sponsor JP McManus and ambassador Paul O’Connell led the army of volunteers, who came from every town in Limerick and this year featured members of the victorious 2019 All Ireland Limerick hurling team, Munster rugby legends, community/residential groups, businesses, charities and well-known faces locally. 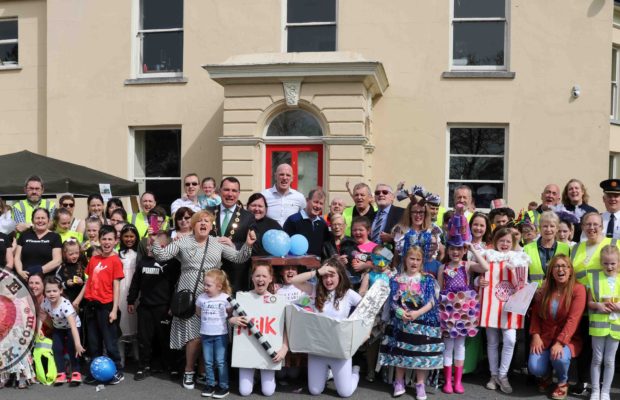 Declan Hannon, Dan Morrissey and Aaron Gillane were among the All Ireland champion hurlers to help tidy their local communities, as well as rugby referee, Joy Neville; while ahead of Munster’s huge semi-final clash with Saracens tomorrow, Heineken Cup winners Jerry Flannery and David Wallace also participated in the clean-up, which is sponsored by JP McManus Benevolent Fund and managed by Limerick City and County Council.

Commenting on Team Limerick Cleanup 5, Paul O’Connell said; “It’s amazing to break the 20,000 volunteers’ number and I’d like to thank every person who gave up their time today to help make Limerick a cleaner place. It’s been quite a journey over the past five years and Team Limerick Clean-Up has so much potential beyond just a one-day tidy-up. I’m hugely excited to see what the next five years will bring.”

Sponsor JP McManus echoed O’Connell’s words and reflected on an amazing 12 months for Limerick city and county. “To think this time last year, we were out tidying, and Limerick hadn’t won an All-Ireland since 1973. You can really feel the extra energy and excitement about the place here today, particularly with the hurlers out in force, too. It’s been an amazing effort by all volunteers and I extend my thanks to everybody out here today.”

Team Limerick Clean-Up is an initiative sponsored by the JP McManus Benevolent Fund and supported by Limerick City and County Council. Endorsed by Paul O’Connell, the official partners include Mr Binman, the Limerick Leader, Limerick Post and Limerick Live 95.