The South African Tag rugby team were in Limerick recently, to explore the City and play tag rugby ahead of the 2021 Tag Rugby World Cup. The University of Limerick is set to host the 2021 World Cup, with the South African team making an early trip to have a chance to experience the world-class facilities. The visit was organised by the Shannon Region Conference and Sports Bureau, who joined the visiting team on their tour around Limerick City.

International Tag Federation (ITF) representatives, who travelled with the South African tag rugby team, paid a flying visit to Limerick to get a real taste of what the city will have to offer as hosts of the Tag World Cup in August 2021.

The Board of the ITF, together with South African TAG representatives, paid a site visit to University of Limerick and other attractions around Limerick on the city’s special ‘tag’ weekend, the Pig’n’Porter festival, to get a feel for what the host city will offer in 2021.

The visitors stayed on campus at UL and were given guided tours of the state-of-the-art facilities and playing fields which will be made available to them during the World Cup.

On their tour, the team got to visit the Treaty City Brewery on Nicholas Street, along with some iconic landmarks, such as the Treaty Stone and King John’s Castle. The South African tag rugby team also got the chance to participate in the Pig ‘n’ Porter Festival, which took place on Saturday, July 13.

Shannon Region Conference and Sports Bureau and UL met the group along with local and national tag rugby representatives at the Strand Hotel on Thursday, July 11, where the group began their tour of Limerick City.

Karen Brosnahan, of the Shannon Region Conference and Sports Bureau, said that last week’s visit whet the appetite of the groups for what awaits 2021 in Limerick.

“Shannon Region Conference and Sports Bureau were delighted to welcome both the ITF board and the South African Tag team to Limerick ahead of the Tag World Cup in 2021. The purpose of the promotional site visit was to give them an insight into what they can expect when they visit Limerick in 2021,” Karen added.

Later Dan Murphy, from Global Village Tours and band member of Hermitage Green, brought the group for a walking tour about the history of Limerick, before on to King John’s Castle for an interactive tour. The group later toured Treaty City Brewery where they were treated to a beer tasting. 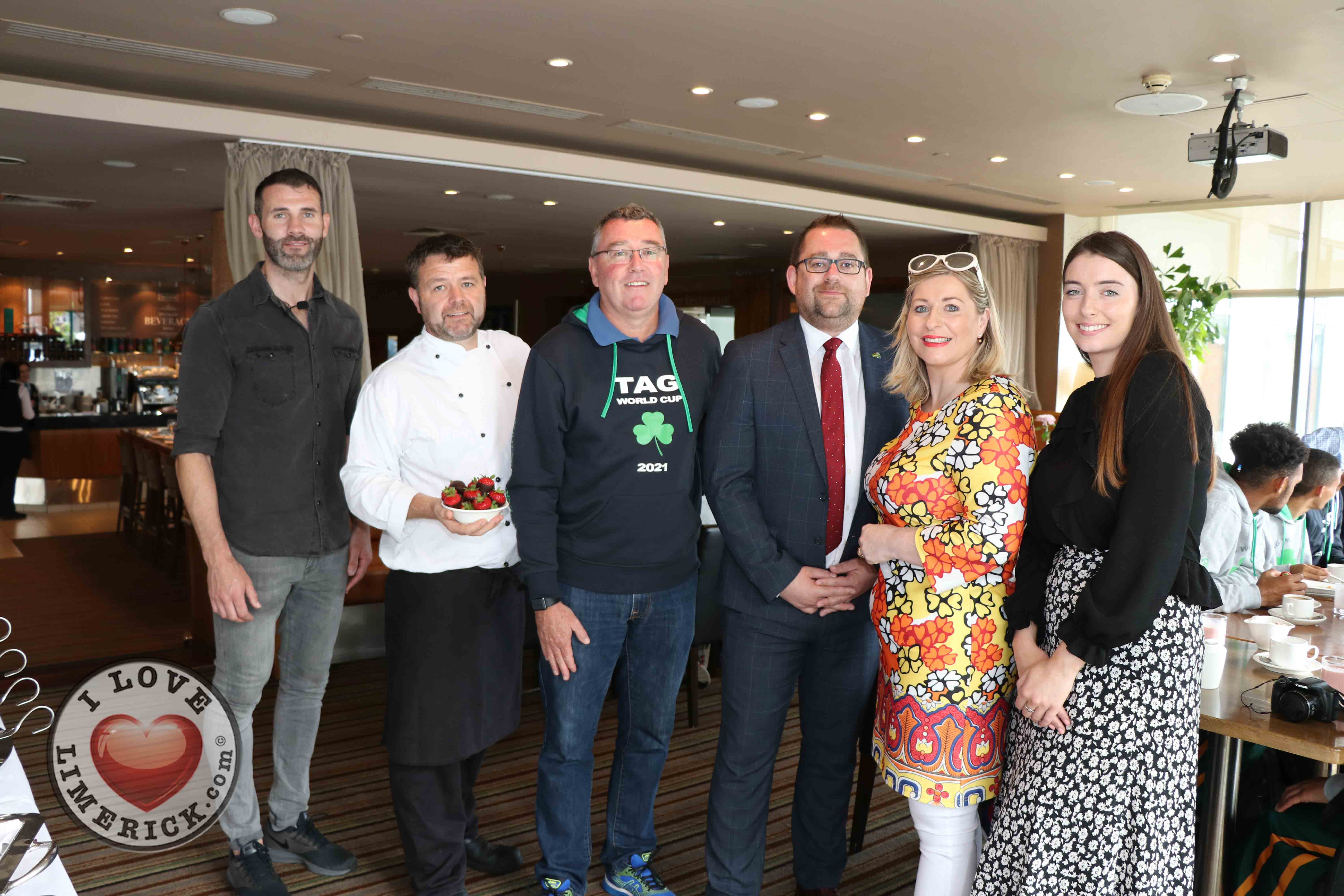 A joint bid led by the UL Conference and Sports Campus and the Irish Tag Rugby Association supported by Shannon Region Conference and Sports Bureau, Failté Ireland and Limerick City and County Council was successful in winning the event for Limerick, which will see 3,000 plus tag rugby players from well over 20 countries and their entourage travel to the Treaty City in August 2021.

The event is expected to deliver a minimum €5m boost for the Limerick economy and 20,000 bed nights over its four days, with many participants travelling from the Southern Hemisphere and teams expected to travel to Ireland for up to three weeks in advance of the competition.

David Ward, Sports Business Development Manager, University of Limerick Conference & Sports Campus, said, “They really enjoyed their stay, got a sense of the excellent range of facilities we will have here but also the sense of fun around the city as well for those in the wider entourage.  The teams, of course, will be focused on the World Cup itself but they also know that they can join their supporters in enjoying the city and wider region after the event.”

Tag rugby has grown enormously in popularity over the past decade, particularly in Australia and New Zealand but also in Ireland and Great Britain. The three previous International Tag Federation World Cups were held in New Zealand (2012) and Australia (2015,2018) but organisers decided to take the next edition to the northern hemisphere and have been won over by the Limerick bid.

For more information about the Shannon Region Conference and Sports Bureau, go here.