We are asking Limerick to Team up for Theo

Team up for Theo forced to wait six months for decision on US cancer trial- January 4, 2021

More than €400,000 was raised through public donations to pay for a Limerick boy to participate in a US drug trial. The small family were grateful for the help of the Limerick people and were excited to get Theo to the trial in January.

Unfortunately, these plans have been put on ice after his family was told he would have to wait another six months before he could be considered for the experimental therapy.

Theo was given the all-clear just before Christmas, which is what he needed to be allowed onto the experimental trial, along with the 400,000 raised to help get little Theo and his single mother, Eleanor Murnane, to New York where he would receive a round of immunotherapy, which it is hoped will considerably lower the chances of Theo’s Cancer returning.

Eleanor had hoped that Theo would have been accepted on to the trial by now, but that is no longer possible as Eleanor received the news that Theo did not fit the criteria to get on the trial in New York.

“We have been told we have to wait until Theo is six months cancer-free which will bring us to June 2021,” Ms. Murnane said, “in the interim, the doctors in New York have recommended Theo go to Barcelona for further treatment.”

“Theo will have another big scan in May and hopefully will still be clear so we can get on that much anticipated, long road to New York. As several people have said to me, maybe this is a blessing in disguise with everything going on in the world at the moment. Who knows?” Ms. Murnane explained.

We at I Love Limerick wish Eleanor and Theo the best and hope that everything works out in their favour.

Eleanor Murnane, Murroe, has had the best early Christmas present imaginable as the target of reaching €375,000 to bring her son for a cancer trial in New York was reached because of you, the generous people of Limerick.

We asked you all to Team up for Theo and help his mother, a single parent to three-year-old Theo, Eleanor reach her goal to help save her little boy, who deserves to live a carefree and happy life, and you guys have delivered that and more!

The news gets even better as Theo was recently given clear scans that are required to get on the clinical trial at Memorial Sloan Kettering Hospital Cancer Centre in New York last Monday.

Eleanor was speechless at the outpour of love and support from the people of Limerick when her goal on her fundraiser was reached after just two weeks of it going up.

If anyone deserves this kind of Christmas present this year it is baby Theo, who at only three years old has had a tumour removed, gone through multiple rounds of chemotherapy, a double stem cell transplant, fourteen rounds of radiotherapy, six rounds of immunotherapy, and several serious infections.

Eleanor has come close to losing Theo on several occasions, but Theo has defied all odds again and again and battled through it. The single parent said that the trial in New York will help prevent cancer from re-occurring and greatly improve Theo’s chances of survival.

Eleanor has done everything she possibly can for her son and now she can finally prepare for her life-changing visit to New York early in the new year.

She stressed that any money remaining in the fund that isn’t used for Theo’s treatment will be ring-fenced and donated to a child who needs the same sad opportunity as her son.

And again, Eleanor wishes to thank everyone who has teamed up for Theo.

We are asking Limerick to Team up for Theo 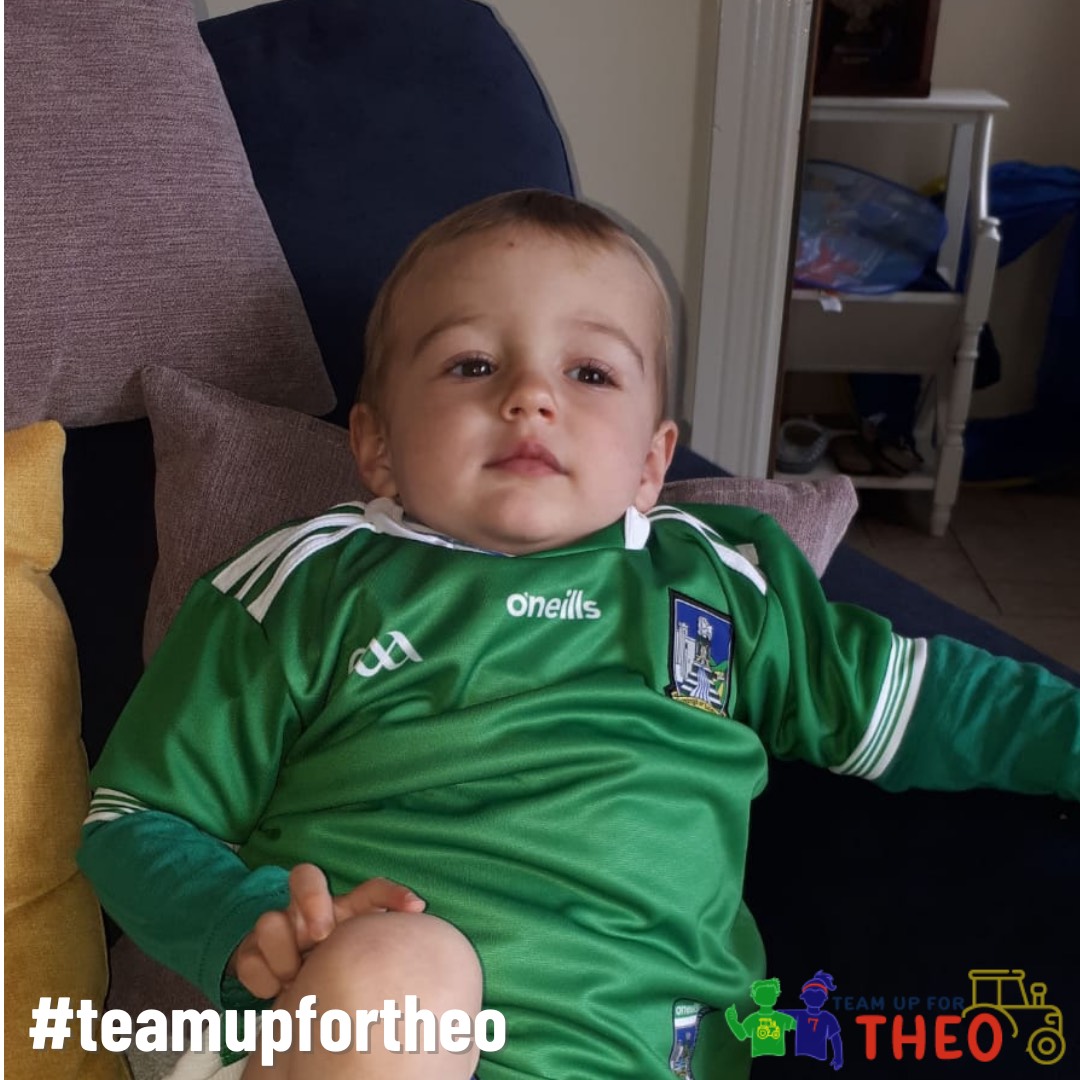 Team up for Theo is a fundraiser to help raise much needed funds to send a three year old boy named Theo, who has cancer, to New York for a lifesaving clinical trial. The fundraiser has been set up by friends of Theo’s mother, Eleanor Murnane, who desperately needs your help.

In April 2017, Theo arrived with a much longed for and healthy baby. On Wednesday, May 16, 2018, two weeks after little Theo’s first birthday, Eleanor felt a lump in his abdomen and was concerned that his belly was quite swollen and so took him to their GP.

They were immediately sent to University Hospital Limerick where they found a large tumour in Theo’s abdomen. He was then taken by ambulance to Crumlin Children’s Hospital, Dublin, where he was diagnosed with stage 4 high-risk neuroblastoma, cancer that had spread to his bones and scalp. By Saturday morning he was having chemotherapy and his mother’s world had turned upside down and fallen apart before her little boy was even two years old.

Since then, Theo has had his tumour removed and gone through numerous rounds of chemotherapy, a double stem cell transplant, fourteen rounds of radiotherapy, and six rounds of immunotherapy. He has suffered setbacks along the way, including two very serious infections which had him admitted to Intensive Care. Eleanor has come scarily close to losing her little boy several times, but Theo has defied all odds and battled through it. Right now, he is just about to finish his last round of immunotherapy, after which the family is hopeful for a clear scan. Theo is now three and has been in treatment for the last two and a half years.

Unfortunately, with the type of cancer that Theo has, the chance of recurrence is extremely high. Theo’s mother is asking for your help to get Theo on a clinical trial at Memorial Sloan Kettering Hospital Cancer Centre in New York.

This trial will help prevent the cancer from recurring and greatly improve Theo’s chances of survival. Theo deserves a long, healthy life free from pain and fear. Unfortunately, time is not on their side, as Theo needs to be in New York by January 2021 so the family urgently needs your help with this. They need to raise €375,000.

Speaking on this Eleanor, Theo’s mum, said, “The last two years have been incredibly tough, especially as a single parent. I have learned first-hand how precious life really is and how quickly it can all be taken away. I will forever be grateful for the love and kindness from people who have sent thoughts, prayers, and good wishes, even those we’ve never even met. And, of course, we are forever indebted to the wonderful staff in Crumlin Hospital and University Hospital Limerick, who have become a family to us.”

“I think the hardest part of cancer treatment is at the end when everyone assumes you’re cured, and you no longer need their help. This isn’t true. Believe me, this is when you’re at your absolute weakest. I have laid my child in a surgeon’s arms and spent Christmas keeping watch over him in ICU. I have slept upright in a hospital chair and listened to the beeping of machines. I have smiled through the tears and found strength when there wasn’t any left. I have done it all for Theo, who is at the end of the day just a very normal, very precious boy, full of mischief, quick to smile, and a big fan of Tractor Ted and Paw Patrol. Today, I need my friends and community to help me give Theo the best future he can have.”

Any help you can give this mother and her son will help them greatly and be much appreciated by them.

To donate to the GoFundMe for Team up for Theo, go HERE