Ireland’s Young Filmmaker of the Year Awards 2020 was due to take place at Fresh International Film Festival in Limerick this past March but due to the current Covid-19 restrictions, the awards took place online on Wednesday, May 13 via Fresh Film Festival’s YouTube channel.

This year, the competition received a record of more than 1,700 entries. Demi Isaac Oviawe, star of RTEs ‘The Young Offenders’, hosted this year’s online awards. 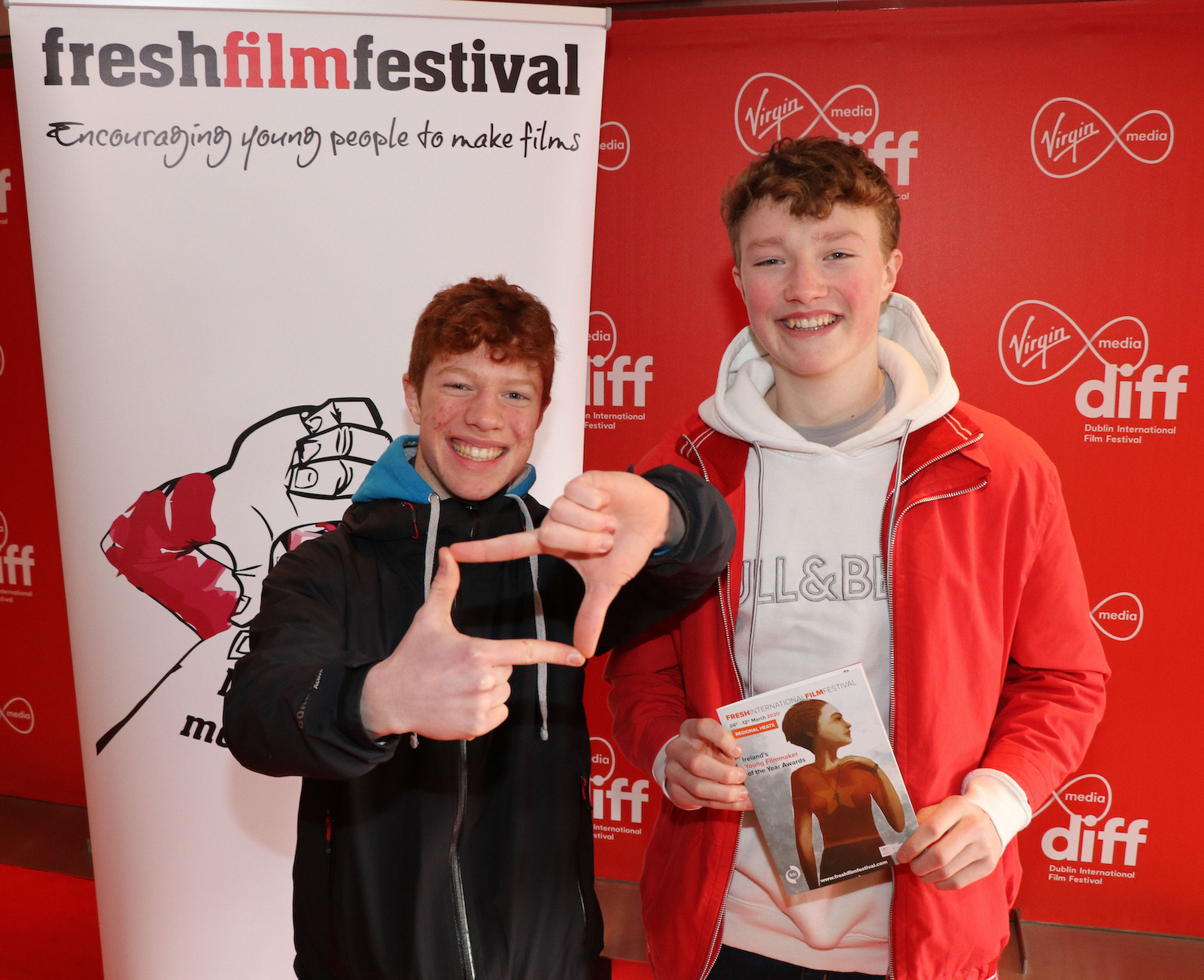 “I watched the awards with my cast and crew on a group zoom call and Fresh Film still managed to maintain the excitement and magic of the Festival this year like they have done every other year. I am so thankful to receive this award as there were so many other films that deserved it also. Today was a dream come true and I can’t wait to see what all my fellow young filmmakers make for next year’s festival!”

Oisin McKeogh, aged 18, from Co. Clare was the second-place winner for his film ‘Midsummer Beauty’, about a teenage girl named Luna who struggles with a crush on her best friend.

Oisin described his award as “exciting”, saying, “it’s my fifth year entering Fresh International Film Festival. I have grown as a person and a filmmaker with this Festival. I am honoured to have won this award surrounded by such a talented group of filmmakers.”

Other entries received Highly Commended Awards on the day, including Sean Treacy from Wicklow for Direction for his film ‘Broken Reflection’, Max Hendrickson from Dublin for Concept for his film ‘Enkata’, and Josh Lynas from Down for Storytelling for his film ‘Lost in Transit’. The Audience Award winner which was voted for online was awarded to Michael Keane, 16 from Co. Cork for his film ‘Final Shot’ based on the Columbine school shootings in the USA.

Huge congratulations to 17-year-old Cal O’Driscoll from Dublin for taking home the title of Ireland’s Young Senior Filmmaker of the Year 2020 for his short film ‘Pirates’. Thanks to everyone who has helped and taken part! Please donate: https://t.co/YhrHEKadqF #freshfilm pic.twitter.com/bxRtTzWLU7

In addition, a number of specialist awards were presented for the Seniors including the Cartoon Saloon Animation Award, the RTE 60 Second Short Film Award and the RTE Factual Award, in addition to the International awards.

Emmanuel Li from the UK won the International Film Award for his film ‘Have You Seen Buster?’ about a spirited, determined 12 year old named Jacob who embarks on a search for his missing dog Buster, encountering whacky townsfolk along the way.

Now in its 24th year, Fresh International Film Festival invites young people from Ireland and overseas, aged 7 to 18 years, to create, exhibit and share films. The festival provides an opportunity for these young filmmakers to have their work seen on a cinema screen for the first time and to compete for the title of Ireland’s Young Filmmaker of the Year.

All films submitted are also considered for a range of Specialist Awards including the Radharc Trust Award (documentary), the Cartoon Saloon Animation Award, the RTE 60 Second Short Film Award and the RTE Factual Award, in addition to the International and Audience awards. 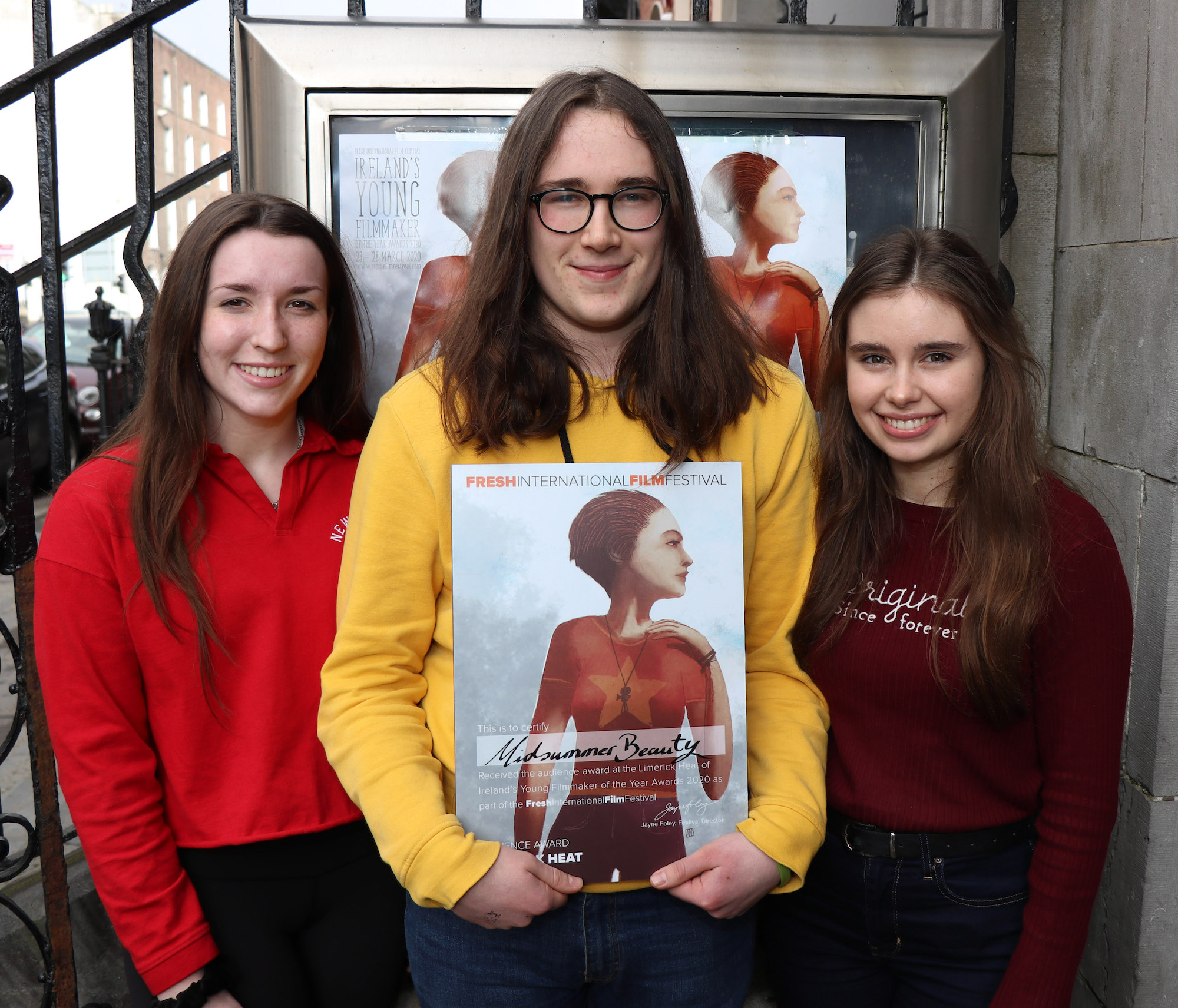 Fresh Film runs a number of initiatives throughout the year, including a Hothouse programme designed to bring young people of different ages and diverse backgrounds together to share their film experiences and create new collaborative work, as well as distributing Irish films made by young people to festivals all over the world.

“The standard was so high this year,” said Jayne Foley, Director of Fresh International Film Festival. “Every year the Festival progresses we see advancements in how young people are making films.” Jayne adds, “Next year will be our 25th anniversary and in setting up Fresh in 1997 we were looking to create those shared moments”.

“We love cinema and we wanted to create a community of young film-makers who would bond over screenings at a Festival. Ireland’s Young Filmmaker of the Year competition meant that the films screened and stories told would be their own. Video was king then, and we watched as video cassettes dropped through our letterbox from all over the country”.

“And they’ve continued coming, on shiny discs, memory sticks and links now from Ireland and across the world. We have come along way and so have our young filmmakers and I congratulate each and every one of them. Thanks to them the future of filmmaking is bright!”

The Junior Finals will air at 4 pm on Wednesday, May 20 on Fresh Film Festival’s YouTube channel.

To make a donation to the work of Fresh Film go to paypal.me/freshfilm.