Castleconnell winner of the Limerick Going for Gold 2015 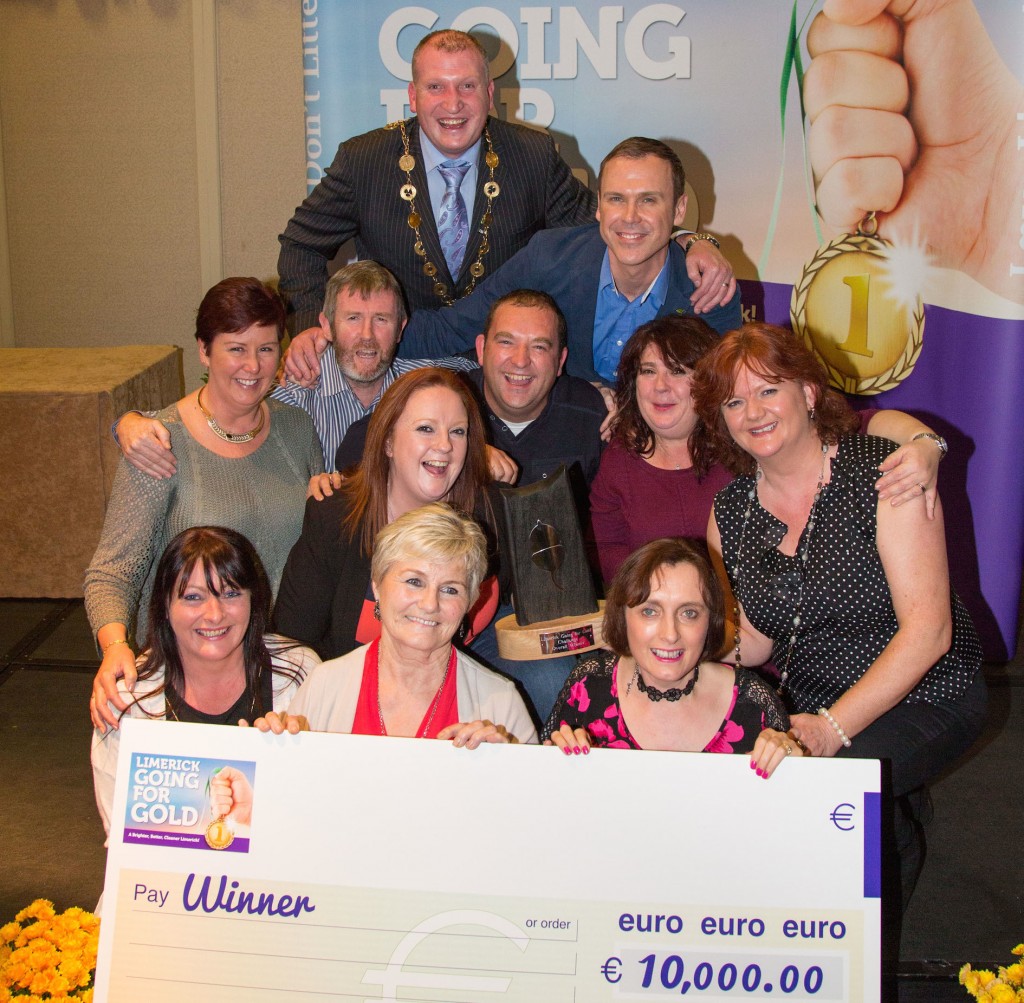 Castleconnell were named as the overall winner in the Challenge category at Limerick Going for Gold Competition 2015, receiving a €10,000 prize.

I had the honour of taking on the role of Master of Ceremonies for the event, which raised awareness of environmental issues, got people involved in their own areas and made a physical difference in communities.

JP McManus presented Castleconnell at the Limerick Going for Gold Competition 2015 with their cheque and trophy, thanking them for their role in their community.“There’s a great passion here, of people and a love for the county. Everybody embraces everybody.“I feel very privileged and honoured to be here and everybody’s a winner here. I can see Limerick getting cleaner and brighter, I am very happy to be from here,” McManus said.

Awards were also presented on the night in Endeavour and Residential Areas categories. Limerick Mayor Liam Galvin was in attendance on the night, acknowledging the role of communities and sponsors in the Going for Gold initiative.

The Challenge Category winners at the Limerick Going for Gold Competition 2015, whose finalists were chosen by public vote following radio and newspaper coverage, included Kilteely, Broadford, Anglesboro, Rathkeale, Hospital and O’Malley Keyes, each receiving an award of €1,000. Croom and Caherdavin came in joint fifth place in the Challenge category, each receiving an award of €2,000.Kilfinane, reaching fourth place, were presented with a cheque for €3,000 by Gerry Boland. South Limerick City received an award of €5,000, coming in third place in the Challenge category.

Check out the Limerick Going for Gold Facebook page here

Read more about the Going for Gold competition here