We spoke with Alison Curtain, project administrator of the Bedford Row Family Project. She talks to us about their upcoming three day celebration of twenty years running❤️#ilovelimerick #lovinlimerick #lovelimerick pic.twitter.com/6JaORjWdBw

The Bedford Row Family Project is celebrating 20 years of supporting families affected by imprisonment. Founded in 1999, the Limerick-City based charity organisation will be holding a three-day celebration to mark the occasion from the September 25 to September 27.

The Bedford Row Family Project supports families of prisoners, both when they are in and out of prison and have had significant success in turning around the lives of people who are involved with crime and drugs, many of whom have struggled most of their lives.

They work with all generations, from new-born babies to the elderly to try and break the cycle of involvement in crime. They work heavily with children and teenagers who are at risk of dropping out of school and encourage the senior generation to act as a fount of wisdom and experience within their family.

They have specialized social workers and therapists to provide support for both men and women, along with a kids club for children from families who are or have been in prison. 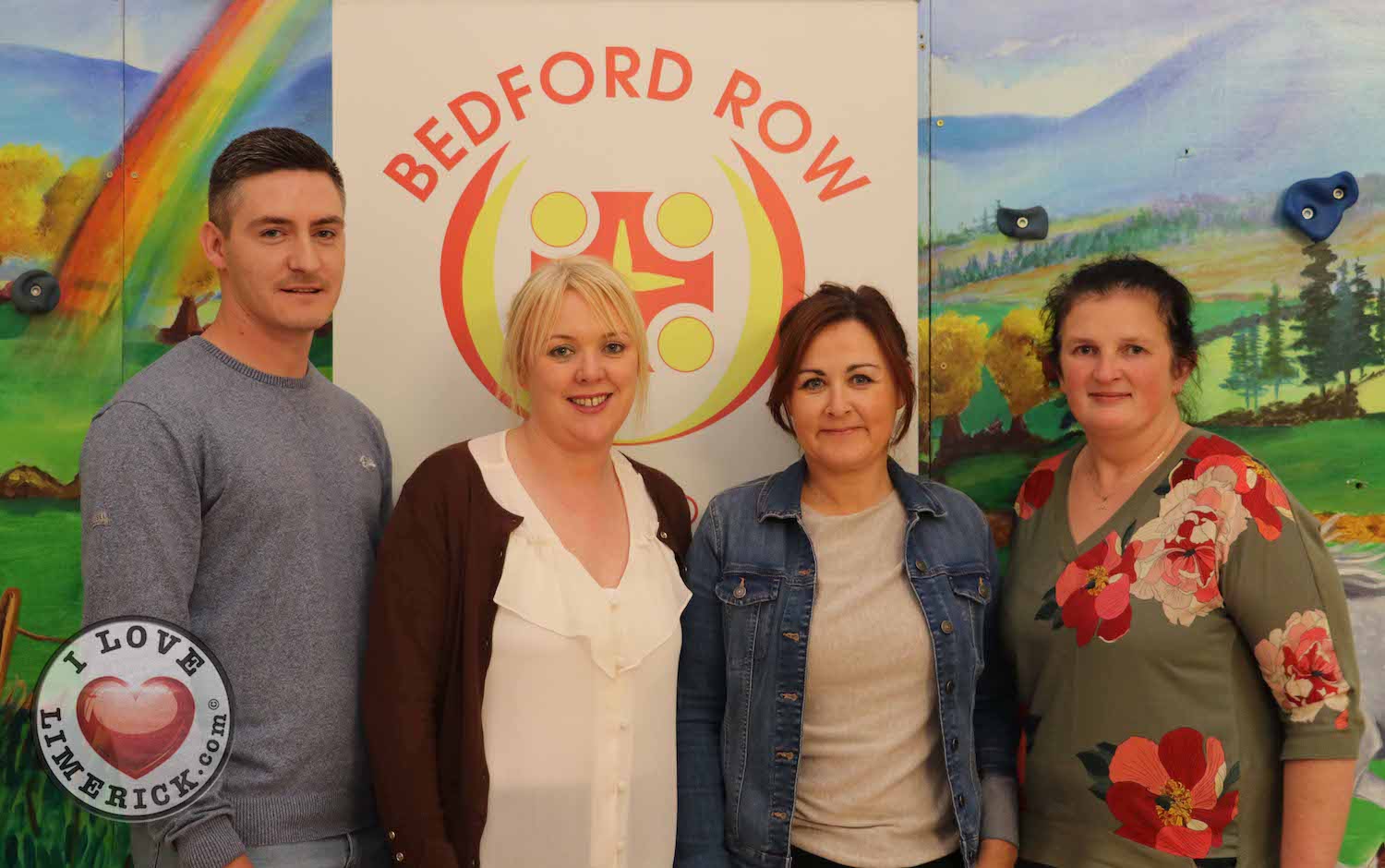 The men’s club meets every Friday and gets involved in a number of creative activities, such as cooking and painting. They recently designed a bench, decorated with beautiful colours and sea-shells, to present to St. Michael’s school.

Tracie Tobin, Chairperson of the Bedford Row family project and principal of St. Michael’s infant school, said, “It’s a fantastic project that benefits the whole community. It’s not just a particular part of the community but it’s all the community together. It’s the children, it’s the parents, it’s the extended family, it’s prisoners in Limerick prison and I think that’s really important to have a cohesive approach”.

The organisation was founded by the Sisters of Mercy and the Franciscan Friars, and have been funded by the Mercy Sisters ever since. The Irish Prison Service came on board with funding in 2002, along with the Limerick City and County Council in 2009.

TÚSLA fund counselling and play therapy for children and they also have had support from trusts, foundations, religious communities, academic institutions and other benefactors over the years.

In recent years, Bedford Row has opened up a clinic in Clare to offer the same services for families there and have also launched a project that engages with the Travelling Community.

The first day marking the anniversary will be Wednesday, September 25 with a formal gathering of funders, board members old and new and guests from other projects in the community.

The final day will be Friday, September 27 which will kick off with a tea party for all service users and will finish off with a walk from the new bridge to Sarsfield Bridge, symbolising that Bedford Row is the bridge between the family member on the inside and the family member on the outside. This walk is open to the public and will follow the theme of #couragetochange.

Ger Lynch is a Bedford Row Family project service-user who struggled in his past with drugs and crime, first trying heroin when he was 18 years old. Now, he is a reformed addict studying in the University of Limerick who promotes drug awareness and support across Limerick City and was awarded Limerick Person of the Month October 2018 for his work. He credits his amazing recovery to all the Limerick organisations that helped him, in particular, the Bedford Row Family Project.

Ger said, “They’ve helped me through my hard times, having been in prison myself, having been through addiction. I get my therapy here in Bedford Row, it gives me a place to speak to somebody so I know I’m not alone”.